It's a good thing that the campaigns for Village Council in Miami Shores only last about a month or so, because if they dragged out for much longer there would probably be staged gun battles in the streets, or worse, bombs planted under cars.

For a tiny little place with 3838 residences, and a population of around 10,500, the campaigns for a Village Council seat - a position for which the winners receive $1 a year, and comes with no staff, no office, no phone, a minuscule expense reimbursement, and contrary to the belief of many residents in the Village, little if any real power over the day to day management or oversight of the Village administration, is a place that generates some really nasty anonymous political backstabbing.

Before we get to examples of that, here's the final breakdown of the campaign donations for each of the candidates as of April 13th.

Mac Glinn continued where he left off the week before, collecting the most in donations, and the only surprise was the $1000 that he received from the Flagler Dog Track/Casino folks, which cements his standing as a player in the real world of politics outside on Miami Shores.

Eddie Lewis continued to lend himself money, which after all the pats on the back that he got from folks over his supposed straight talking over the last couple weeks, only reveals that while White and Latin folks are all too happy to have a Black guy run for Village Council, none of them would pony up so much as a $20 contribution. As the old saying goes, money talks and bullshit walks.

Liandry Fernandez-Callie came in 2nd overall in campaign contributions, and probably some of that last minute money came as a result of the nasty anonymous letters that were sent out attacking her and her husband.

Jonathan Meltz came in 3rd in the money department, and on Monday morning seems to have been the target of his own anonymous attack on Facebook where a post supposedly by Village Manager Tom Benton attacked Meltz for his representation of a client involved in a heinous crime. The post and responses has been removed by Facebook.

I've heard several theories as to who might have been responsible for the anonymous letters attacking Fernandez-Calli and her husband, and I'm sure that this attack against Meltz will be seen by some as a continuation of these anonymous attacks.

Tomorrow night we'll find out whether these predictions are true, but for me, and I hope for a growing number of you, the real issues will come after the election, and while I have little faith that any of the eventual winners have the backbone to stand up to Tom Benton and tell him that he needs to go, we'll see what happens.

WHILE FOLKS LIKE TO THINK OF THE VILLAGE OF MIAMI SHORES AS A MAYBERRY RFD KIND OF BEDROOM COMMUNITY THAT IS UNFORTUNATELY ATTACHED TO GREATER MIAMI, THE VILLAGE IS ACTUALLY A HOT BED OF SELF-ENTITLED, POLITICALLY VICIOUS, ANONYMOUS BACKSTABBERS 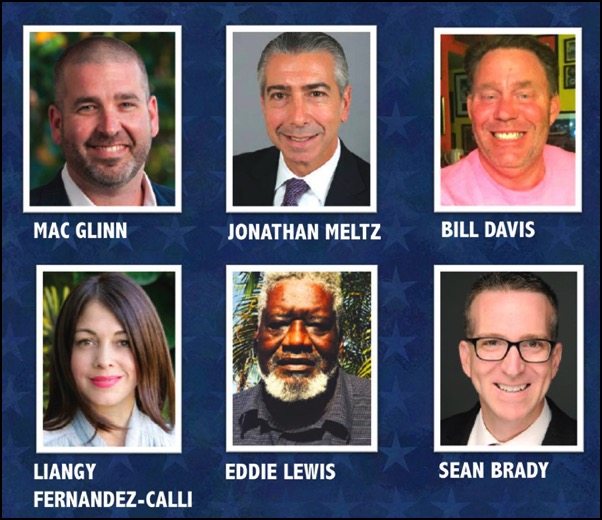