We have a new Mayor and several new Council members, and with them have come a promise of transparency and accountability.

Of course, every time that the Village gets a new Mayor and Council members versions of that promise always accompany them through the front door, only to be abandoned and/or ignored faster than the Village Manager manages to change Royal Palm trees in the median on 96th Street.

In the time that I've been writing about the goings on at Village Hall, I've made it a point to underscore how the lack of staff and support makes the members of the Miami Shores Village Council pretty much pliable rubber stamps for the machinations of the Village Manager, who in numerous ways has managed to co-opt the Council members into going along with his schemes, some of which have proved to be detrimental to the financial wellbeing of the Village.

It was Village Manager Tom Benton's failure of leadership and management accountability and transparency that played a significant and major part in the decision by 72% of the voters last month in voting down the Referendum for the $20 million to build a new Community Center.

The way in which the Village is being managed by Tom Benton were at the center of two major stories that I wrote dealing with the loss of $585,980.60 in lost revenue after he renegotiated contract with PCM, the company that operates our Country Club and Golf Course, and with the theft of $493,879.51, by our former Comptoller who stole our money in order o give it away to a Nigerian Email Scam.

In reviewing all the available documents and minutes of meetings regarding both of these issues it seems that the Village Council was at best lackadaisical when it came to looking out for our tax dollars, either before or after the fact.

As someone whose spent a fair amount of time thinking not only about how to go about uncovering financial mismanagement, but also how to do something more about the problem than just exposing the examples that I uncover, I decided that because I too am a resident of the Village, that a more activist approach was needed other than just writing about the problems I discover.

So, in an effort to provide an example of how I think change can be introduced into how the Village Council operates, and to encourage others to both join me, as well as to create a record that can then be a springboard for further action should the members of the Village Council chose not to support these initiatives, I am submitting Two  Resolutions to the Village Council for them to consider at their next meeting.

THE TIME HAS COME TO FIND OUT WHETHER THE CLAIMS ABOUT TRANSPARENCY AND ACCOUNTABILITY BY THE NEW MEMBERS OF THE  VILLAGE COUNCIL REPRESENT MORE THAN YOUR NORMAL, EMPTY CAMPAIGN RHETORIC 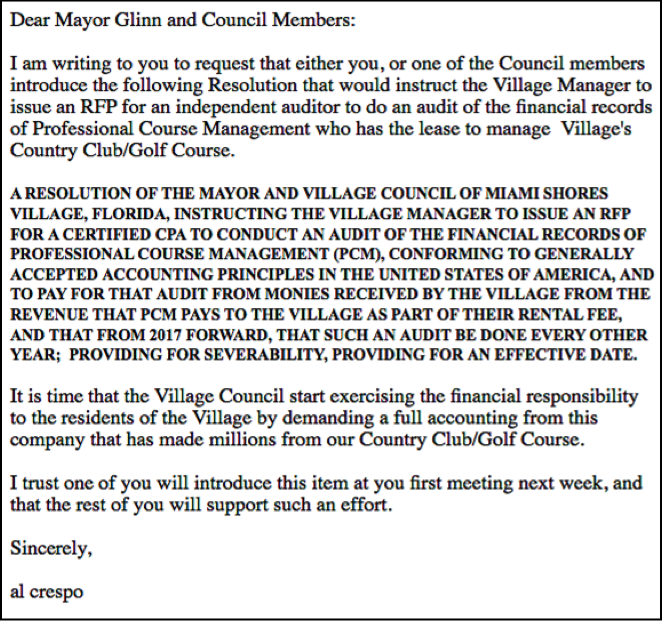 If you support these resolutions, then let the Mayor and the members of the Village Council know how you feel.

For democracy to work, it requires more than just showing up to vote every couple years. 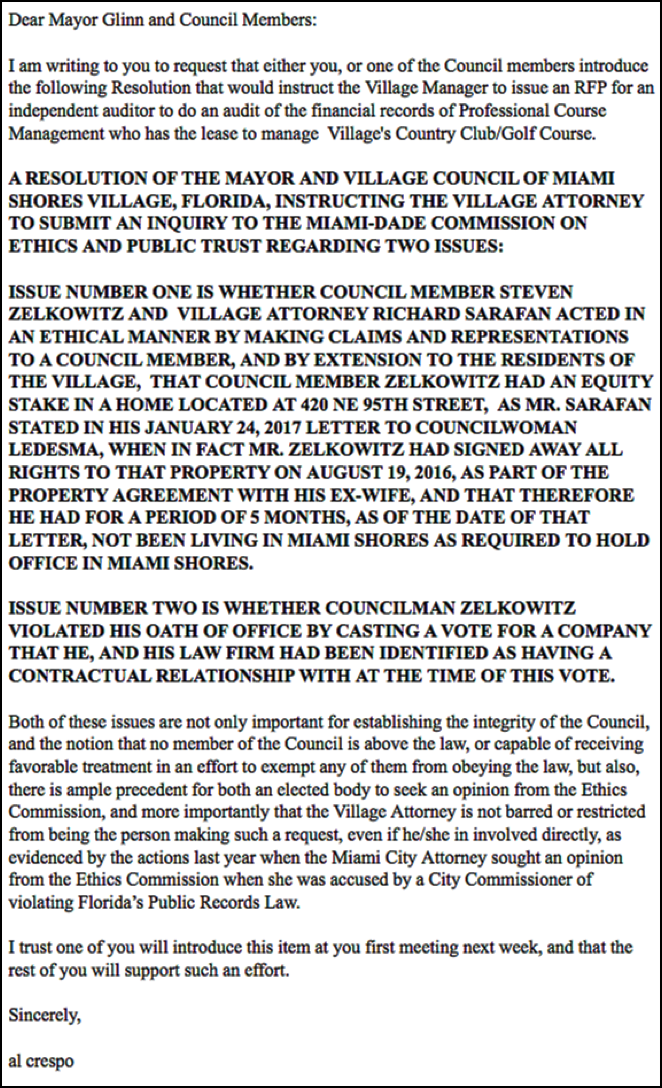