HOW ALICE BURCH'S SENSE OF ENTITLEMENT GOT HER INTO TROUBLE

You don't need to be rich to develop a sense of entitlement, but it certainly helps.

When you mix a sense of entitlement with a desire for public service that is predicated on the certainty of knowing what's best for everybody, that combination can often lead to trouble, especially when other folks don't necessarily share your high opinion about what you think should be done.

So it seems to be with Alice Burch, who while many credit with being the driving force that led to the creation of the Doctor's Charter School (DCS) - she's been called the "de facto godmother" of DCS -  also led her to exhibit a degree of bossiness that has rubbed more than a few people wrong over the years.

The recent revelation that she gave State Senator, and all around evil person, Daphne Campbell a $200 donation, while insignificant from a money point of view, sparked an outrage for her almost blind sense of noblesse oblige in claiming that her decision to give Campbell the money was an ethical sacrifice she made on behalf of the citizens of the Village. 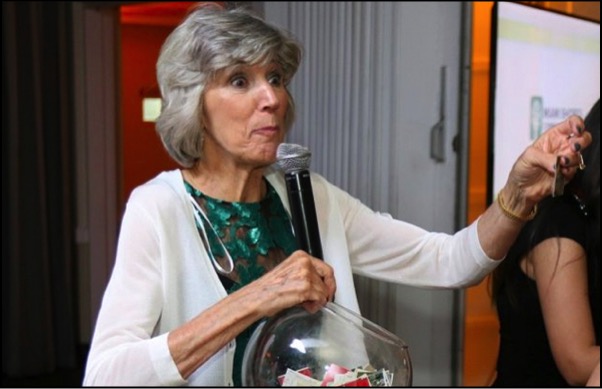 The lack of documents attesting to other requests does not mean that Burch wasn't asked, or responded to other requests to contact the Senator on behalf of the Village, but no matter how many times she called the senator she made those calls as part of her job.

Many folks, including I'm sure many of you reading this, have to one degree or another found themselves on occasion talking and interacting with politicians and elected officials who they disagree with, dislike, or even find reprehensible, yet manage to do so without then turning around giving them a campaign donation just because that person decided to do something that you might agree with.

What will be interesting and informative is whether or not any other members of the Village Council donated to Campbell's reelection campaign when her next filing report becomes available on June 12th.

ALICE AND THE DCS BOARD

It appears from the record that Alice Burch has a history of doing what she wants, and the newly made released investigative report into the allegations about her working behind the scenes to get her cronies on the DCS board to go along with her personal decision not to renew the contract of the Executive Director of the Charter School, provide evidence of that.

The report reveals that she managed to create such an ethical predicament for the board members that many of those folks, upon learning how they how they had been manipulated left the board with very hard feelings.

Most people first learned of Alice Burch's efforts through a series of well researched stories by Rich Robinson in Rise News, and then by the initial news coverage generated when local attorney Paul Calli, who at the time was also a volunteer baseball coach at the school, filed an ethics complaint against Burch for her actions.

Because the wheels of justice grind slowly, the investigative report on case, which was opened in May of 2015, were finally made public last week.

I've highlighted several portions of the report that I think merit special attention by Village residents hat dea with the reaction of a number of the  board members after learning that they had been played by Burch, as well as the explanation of the way in which the scheme played out.

The report also reveals the possibility that additional violations took place, and the failure of the DCS Board to secure proper legal representation, as well as the $21,000 in legal costs to Village residents that were the result of the efforts that were required to try and clean up the mess left behind.

Lastly, the report touches on the failure of the State Attorney to prosecute Alice for her, "role in inducing her former board colleagues to violate the Sunshine Law."

As with virtually all efforts in Miami-Dade County to have public officials charged with crimes for abusing their power, the final decision rests with State Attorney Katherine Fernandez-Rundle, and in this case my sources described Rundle's decision not to prosecute Burch this way:

"If you think that Kathy would prosecute a bunch of rich, old

people in Miami Shores when she was running for reelection, 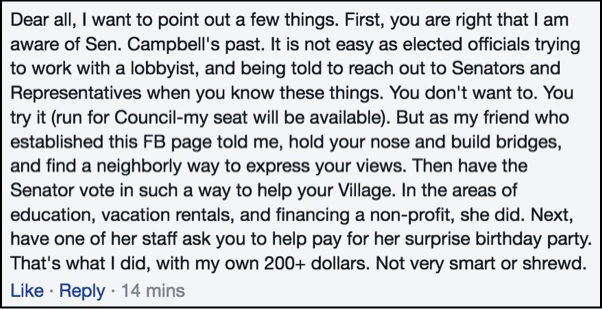 ALICE BURCH'S CONVINCED HERSELF AND HER CRONIES THAT SHE KNEW WHAT WAS BEST FOR DOCTOR'S CHARTER SCHOOL, AND AFTER BEING ACCUSED OF SUNSHINE LAW VIOLATIONS, THE INVESTIGATION REVEALED PROBLEMS AND COSTS FOR THE VILLAGE THAT MOST PEOPLE DON'T KNOW ABOUT 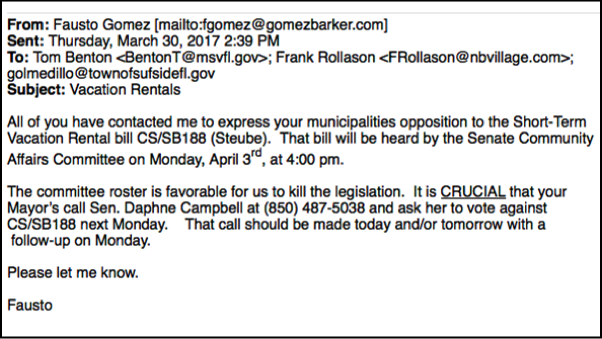 Public records obtained from the Village revealed only one request was made by lobbyist Fausto Gomez during this legislative session for the Mayor to contact Daphne Campbell.

In many ways, this report should serve as a cautionary tale for the residents of Miami Shores.

No matter how many activities or efforts that many of you engage in to distract or distance yourselves from the behavior of the people that you've elected to the Village Council, the fact of the matter is that even at the Village level, power corrupts, and the screwing that you've been getting as these people either abuse their position, misuse your tax dollars, or fail to look out for the best interests of the residents is one that you've allowed to occur by deluding yourselves that you live in an idyllic community like Lake Wobegon, "Where all the women are strong, all the men are good-looking, and all the children are above average."