IT'S BAD PUBLIC POLICY TO CONSISTENTLY PLACE PROPOSED RESOLUTIONS AND ORDINANCES ON THE VILLAGE COUNCIL'S CONSENT AGENDA, AND THEN DOUBLING DOWN BY DENYING THE PUBLIC'S RIGHT TO SPEAK ON THESE ITEMS UNLESS THEY INFORM THE CITY CLERK PRIOR TO THE MEETING

It doesn't take but a cursory review of the Miami Shores Village Council agendas, meeting minutes and videos to realize that there are a number of procedural and process issues that collectively raise questions about whether the way in which the Village Council operates is fair, or whether the process is stacked against meaningful participation in their governance by the village residents .

The first, and most important issue that becomes apparent after a review of a number of the agendas posted on the Village website is that there is clearly an abuse of the process known as the CONSENT AGENDA  as a way to deny or limit public discussion of items that the residents should have a right to comment on.

Here is the CONSENT AGENDA for the last Council Meeting.

In this 1:10 second video clip not only is there evidence of the public being denied an opportunity to speak on issues that should clearly qualify for public "review and discussion," given that Medical Marijana in schools and the sale of Medical Marijana in the Village are both topical and serious issues that warrant and deserve comments from the public, but you hear towards the end of the video clip Vice Mayor Steven Zelkowitz state that:

"And if you want to have public comments, that's fine,

but obviously there's going to be public comments on

second reading, and the ordinance may change between

now and then so people are commenting on something

that may not even be what we ultimately are going to act on."

If the Vice Mayor is correct in claiming that the proposed ordinance might be changed before the second reading, and the public is denied the opportunity to speak as part of the first reading, then whatever changes take place will be done by unknown people and behind closed doors, and not necessarily with the public's input during a public meeting, even if the claim is made that residents can always contact the council person between meetings.

Private meetings or phone calls on public policy issues are never the best way to insure that the public's interested are served or protected, and in fact, this kind of behavior goes a long way toward supporting the rumors and speculation that a lot of what goes on at Village Hall is being done outside of the Sunshine for reasons that don't necessarily bode well for residents.

The Village of Miami Shores is one of the wealthiest communities in Miami-Dade County, with one of the highest ad valorem tax rates, yet if you look at how the meeting agendas and meeting minutes are prepared, you'd think that we were one of the poorest, and that some high school kid comes in a couple times a month to prepare these documents.

Even the City of Opa Locka, best known for being the most corrupt, broke and under a state mandated "Financial Emergency" city in the county has more professional looking agendas and commission minutes. ( You can go HERE to see the last Village Council Meeting minutes, and those of the City of Opa Locka, North Bay Village and the City of Miami for comparison.)

This is both embarrassing and a reflection of the kind of lack of attention to detail that I believe is the result in part of the fact that the City Clerk, who in addition to being a Charter Official also functions as the Executive Assistant - is this another fancy name for being his secretary - to the Village Manager.

City Clerks are stand alone jobs with serious responsibilities, and when those responsibilities are short changed to handle other activities not directly related to the job requirement of being the City Clerk, everyone suffers, especially the residents.

I believe that a serious review of the preparation and formating of both the agendas and the council meetings - as well as all the other meeting records needs to be undertaken.

Clarity, transparency, as well as a commitment to best practices are things that the residents should expect of the Village administration, and while I've spent the last 7 years pummeling folks at the City of Miami, the folks who are responsible for the city of Miami's records have over the years made adjustments to improve the quality of their Commission agendas and meeting minutes.

Below is a screen grab that shows how items are currently listed on their agendas, and I believe that the Village could do a lot worse than adopt a similar process so that we would all not only have more informative and transparent agendas and minutes, but also you wouldn't have a member of the Village Council asking, as Councilwoman Ledesma did, when she asked at the beginning of her discussion on the items she pulled from the Consent Agenda, "Who proposed this, and why?"

As the portion that I highlighted states, the purpose of including items in a CONSENT AGENDA is only supposed to be for items that would NOT BE EXPECTED to "require discussion or review."

That's at best a subjective decision made by whoever participates in the crafting the these agendas, and wholly open to political and self-serving decisions that could lead to denying comments, criticisms, suggestions or or even support for items that might be controversial or in conflict with the desires of the Village Manager or members of the Council.

Putting aside any specific issues involved in the proposed resolution and ordinances above, very few items, especially proposed ordinances should ever be considered as items that should be exempt from "discussion or review."

Even worse is the restriction that, "If the public wishes to speak on a matter on the Consent Agenda, they must first inform the Village Clerk prior to the start of the meeting."

What if a person walks in after the meeting is called, but before the Consent Agenda is introduced? Does this deprive them of the right of public participation because they only learned about an item upon arriving at the meeting?

And why is the Village Clerk the designated gate keeper?

The Village Clerk does not chair the Council Meetings, the Mayor does. It is the Mayor's responsibility - not the City Clerk's - to recognize members of the public who wish to speak on any item in the agenda.

A review of a number of Council Agendas reveal that there were a number of Resolutions and Ordinances proposed for consideration listed in the consent agendas that resulted in restricting the opportunity for members of the public from having any opportunity to speak or comment on these items.

Florida's Sunshine Law provides some guidance as to public participation in meetings, and in a 2014 Informal Opinion, the Florida Sunshine Manual, includes a portion of an opinion that states,"In light of the purpose of the statute to allow public participation during the decision making process on a proposition, it should be liberally construed to facilitate that purpose." (Florida Sunshine Manual, Page 44)

"[L]liberally construed" means that public officials should ALWAYS attempt to make decisions on the side of providing the public more opportunities  rather than less to speak on Resolutions and most especially on Ordinances.

The notion that the public should only have an opportunity to speak on a proposed ordinance on it's 2nd and LAST reading, is not only bad public policy but nonsensical, and raises questionS about the motives of why members of the Village Council might not want to allow the public to speak.

Ordinances carry the weight of law.  That's the reason why proposed ordinances are required to have 2 readings before they can be enacted.

To restrict, or deny the opportunity for the public to speak on the first reading of an ordinance is to deny them the best opportunity to change, correct, have the ordinance rewritten or even removed from consideration before it comes back for a 2nd reading.

Real and meaningful public participation should always be at the beginning, and not at the end of any legislative process that results in the creation of a new ordinance, and any attempt to deny the public that right by attempting to deny the public that right by placing a proposed ordinance within a consent agenda is the kind of decision making that should raise a red flags about what these elected officials are up to.

At the last Council Meeting, Councilwoman Ivonne Ledesma pulled the proposed resolution and one of the ordinances from the Consent Agenda shown above for discussion.

At the end of the Council's discussion on the proposed ordinance she stated that she would like to hear from the public. Here is the portion of the videotape of the meeting as to what happened next.

In addition to improving the agendas and meeting minutes, it appears that documents that should be included as attachments to resolutions and ordinances don't always get included as part of the meeting packets thereby depriving the residents of the opportunity to see for themselves copies of proposed contracts and other documents important for understanding how, and in what ways the Village Manager and/or the Council wants to spent our money on.

After only a week, and a very cursory review of a handfull of documents it's become apparent to me that the residents - with the exception of the perennial handful of citizens who do care about process, and who often get labeled as cranks and troublemakers for their trouble - have either fallen asleep, or perhaps have decided that questioning what goes on at Village Hall might result in a visit by a Code Enforcement Officer or other unpleasantness that could be taken as a veiled threat to not question too closely what is on.

Deserved or undeserved, the Village of Miami Shores had acquired an unsavory reputation as being a bully when it comes to some of its dealings with its residents, and that no doubt has had a chilling impact on some residents who figure life it to short to engage in fights with City Hall.

The issues I've raised in this story are but the mildest, and simplest issues to explain and possibly resolve that I've uncovered so far.

Unfortunately, I have reason to believe, even from my cursory review that evidence points a number of more serious, and troubling activities that have previously occurred, or are currently occurring at Village Hall, and that will require the attention and participation of a sizable number of residents in the Village if they are to be changed, resolved and/or corrected.

Some of these issues unfortunately I suspect might be beyond correcting without court fights because prior members of the Village Council it seems on my first reading of documents managed over the years to screw the pooch and the residents without so much as a kiss.

It will be up to the current residents to decide if they want to continue to be screwed, or whether they want to, and are willing to stand up and demand a Village administration and a Village Council that engages in best practices and in the best interests of all of the Village's residents. 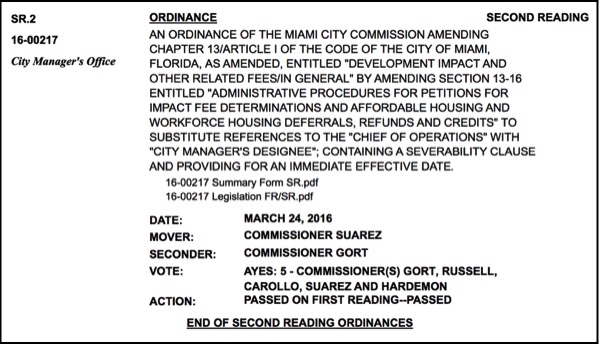 THIS IS THE FIRST IN A SERIES OF OCCASIONAL STORIES ABOUT THE ACTIONS OF THE VILLAGE OF MIAMI SHORES COUNCIL AND ADMINISTRATION OVER RECENT YEARS.