WELL, AFTER I FILED MY ETHICS COMPLAINT AGAINST HIM, HE TOLD THE ELECTIONS BOARD, AND NOW I'M TELLING YOU

Back in May, and in response to the efforts of former Village Councilwoman Ledesma who tried unsuccessfully to get to the bottom of what them were rumors about Vice Mayor Steven Zelkowitz's not living in the Village, I undertook my first effort to try and get the Councilman to declare on the record - just like all of us lowly residents are required to do before we can address the Council - what his address was.

His response, as memorialized in the video clip below that, "That's none of your business, sir." 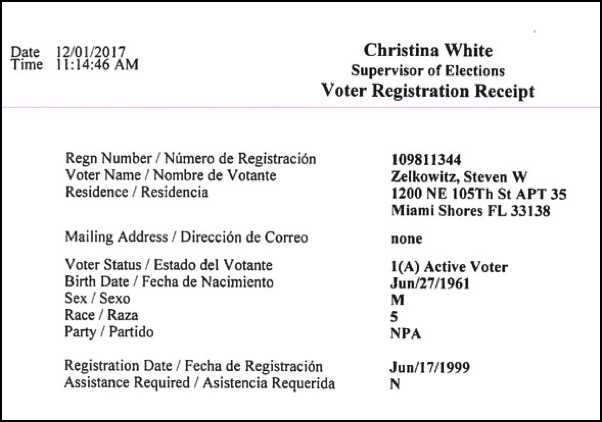 Well, it was my business, as it was the business of all of the residents in the Village to know not only where the Councilman lived, but whether he actually lived in the Village, and because I have developed a very short tolerance for bullshit answers from public officials, I set out to make Zelkowitz reveal that address, including in October, filing both an ethics complaint, and a complaint with the Florida Secretary of State and the Miami-Dade County Board of Elections over his behavior.

I've been busy on other things, and only managed earlier this week, while researching information for another story dealing with another weasel dick elected official, managed to check with the Board of Elections to see whether Zelkowitz had in fact changed his Voter's Registration address, from the house that he once lived in, but signed over to his ex-wife in August of 2016.

He did, and here is his new address. 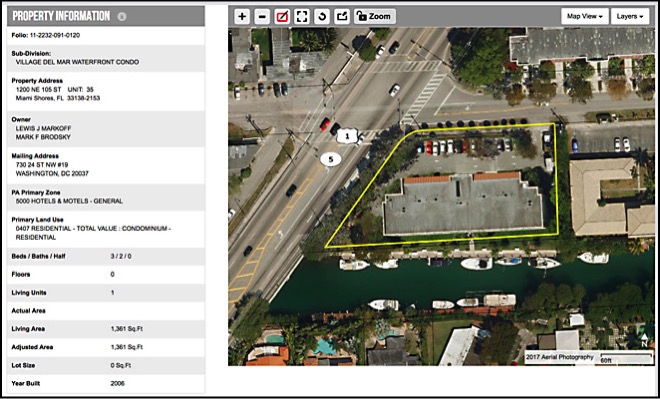 The condo is owned by Lewis J. Markoff and Mark F. Brodsky, and one assumes is an investment property for these gentlemen.

Zelkowitz might have thought that by telling me where he lived, "was none of your business," would make me go away, but it only made me committed to forcing him to reveal where he claimed he lived in Miami Shores.

The real question that remains is whether Zelkowitz actually lives there, or is, as rumors claim, is just an address of connivence for him while he continues to live elsewhere.

That will have to wait until 2018, but I'm sure that now that now we know where he claims to live there are good citizens in the Village who will do what good citizens do...